Transformational leadership has to be disruptive by nature and it cannot conform to the status quo. Flexibility and emotional intelligence are also key to ensuring that your team can adequately adapt to any circumstance which may arise.

In a sit-down interview for a doctor of transformational leadership Thalia Lyn, CEO of Island Grill and chair of NCB Foundation, also affectionately called The Chicken Lady, notes that, despite her corporate obligations, she is very community-minded and emphasises that the greatest way she has been able to transform the culture and work ethic of her employees at her restaurant chain is by providing them with numerous opportunities to give back in the form of food drives and mass feeding for people in lower socio-economic groups at special times of the year. This, she says, spurs them to work harder to deliver results for the organisation, as well as imbues them with a spirit that shows them what can be done when people pull together for a common cause.

The empowerment of individuals is the best way to ensure that they perform optimally and Lyn has detailed examples of her organisation by personally investing in its employees via additional on-the-job training or the acquisition of advanced educational qualifications. Interestingly, she reveals that two-thirds of her employees are women and this may account for her emphasis on emotional intelligence being applied to transformational leadership as women are perceived to be more emotionally intelligent leaders. She also applauds the taking of initiative by her employees as evidence of her lack of indispensability, citing an instance of the workers at one of her stores collectively pooling funds to purchase meals for an indigent regular passer-by.

Lyn especially emphasises the uniqueness of her brand in Jamaica and speaks proudly of the fact that it is something that her fellow Jamaicans can claim ownership of, since the proliferation of entities in her industry are all either foreign-owned or operated.

Her focus on empowerment has also resulted in people growing and becoming part of the positive Jamaican landscape. She notes an example of one young man who was very involved with his community and went to university — he had worked hard during high school then matriculated to the tertiary programme. Additionally, she details an instance of a young woman who was hearing impaired and who ended up becoming a supervisor, with her daughter also benefiting from her mother’s progression.

Lyn’s genuineness and kindred spirit are refreshing, and I think that this approach to transformational leadership through emphasis on philanthropic efforts could be adopted as a template for leaders across all sectors. She coordinates her business engagements and volunteering activities quite adeptly, and this dichotomy has perhaps allowed her to view the world through the prism of a vast cross section of socio-economic groups; hence being able to cater to both their needs.

The ideal transformational leader must be a stickler for detail in achieving success. They should fully believe in the concept of empowerment and design their business entities primarily to do that by enabling people to leave an indelible mark. The principles espoused by Thalia Lyn should only serve to galvanise us to continue in the same vein, especially as it regards to the use of emotional intelligence.

Transformational leaders should seek to use their platform to engage the communities they currently serve in other capacities in a more meaningful way, as Lyn has done, and use this community-minded approach to empower their own employees since it will imbue them with a spirit of cohesiveness which will ultimately engender positive results for the organisation.

Jacqueline Coke Lloyd is founder and managing director of Make Your Mark Consultants. She is a transformational leader, coach, organisation and people development specialist, and national productivity ambassador. Send comments to the Jamaica Observer or jackiecokelloyd@gmail.com.

Meet Our Presenters! Come Learn from the best! 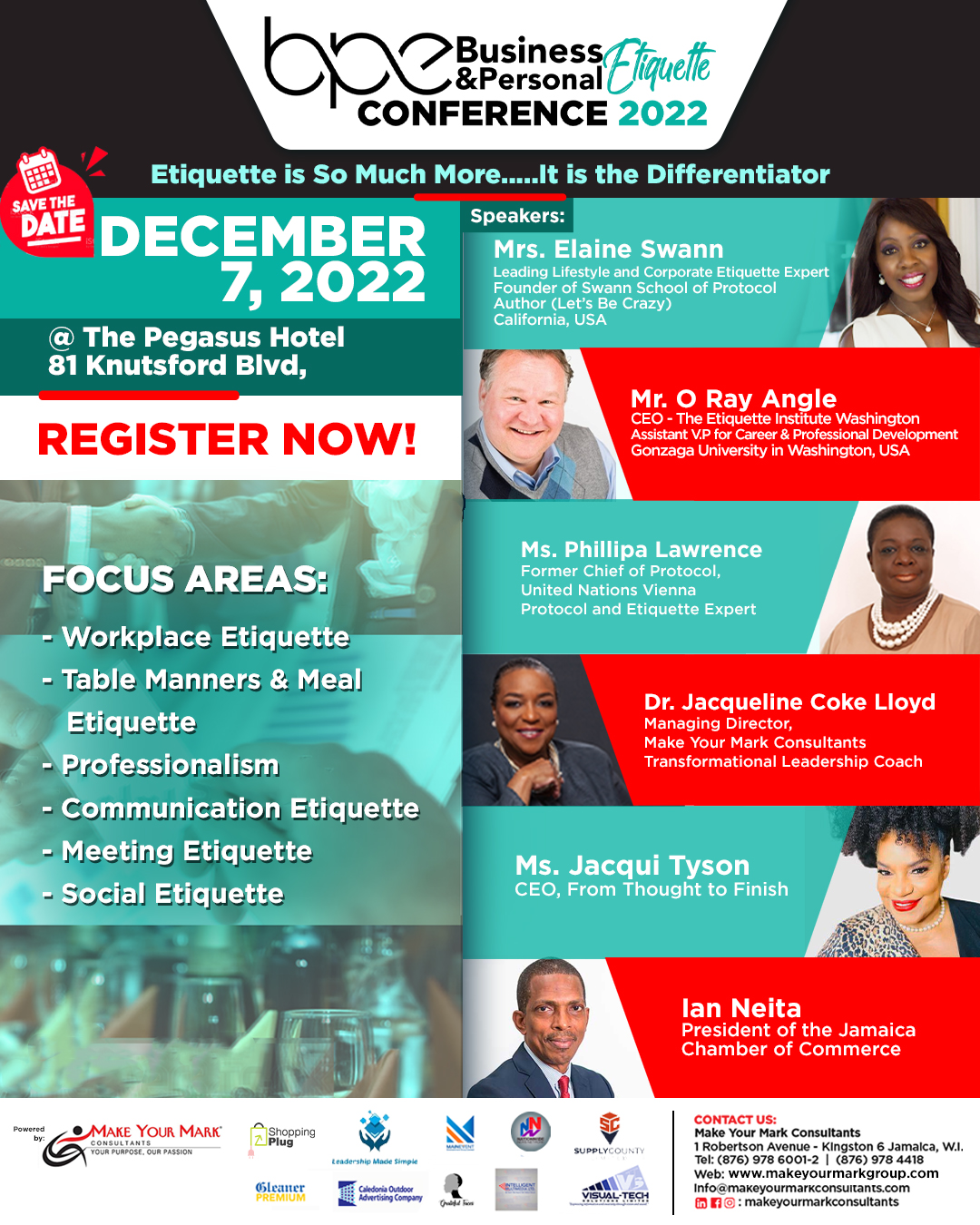